If you or a family member has any old newsletters, brochures, membership cards, or other memorabilia, please contact us or stop by a meeting!  (This could include information related to the Portland Photographic Society, the Oregon Camera Club, or Oregon Color Slide.)

The Portland Photographic Society was founded in January 1940 in Portland, Oregon.  The four founders were Towner H. Phillips (1903-1993), Louise Phillips (1910-1978), Joe Smith (?-?), and May V. Nordstrom (1896-1981).  In 1939 and 1940, the four planned and formed a new, central Portland camera club, titled the Portland Photographic Society, as the primary Portland camera club at the time would not enroll women.  The four founders felt that a co-ed camera club, open to all, could be formed and succeed.

May V. Nordstrom (born Viola May Harris) was a member of the Miami Tribe of Oklahoma, a Federally recognized Native American Tribe.   Towner and Louise Phillips (born Louise A. Gutkaes, in Mexico) were toy makers, shown in this photo with their first model, the Rolla Duck.  Many years later, Towner and Louise moved from the Portland area to California, but left a legacy that lives on today.

Towner recalls his interest in photography in a 1988 letter to Jim Baker of the PPS:

Our first real camera was an Ikoflex F 4:5 lens 2 1/4 x 2 1/4.  Louise’s uncle sent it from Germany.  Our first prize picture was awarded in the Journal Snap Shot Contest.  It was a snap shot of our three year old son Jimmy, sitting on a row boat on the Sandy River.  The Journal titled it, “Reel Concentration” because he was looking down on the fishing rod.

What a thrill, we were hooked on photography and were winners of many Journal contest prizes thereafter.  We sure competed and enjoyed pictures.  Interested, and eager to learn, we joined the Montavilla Camera Club – a neighborly group – there we met Joe Smith and May Nordstrom.  Soon we planned a central camera club as the downtown club wouldn’t enroll women.  We felt a co-ed camera club could be formed and succeed.  That’s the beginning and the “why” that the Portland Photographic Society was born.

In June of each year (the PPS activity calendar begins in September and ends in August), we put together a “yearbook” with a letter from the president, a summary of the year’s activities, and also the society’s bylaws and other information. This document has been discontinued along with the newsletter, as this type of communication has largely been replaced by email.

The PPS formerly published a newsletter called “Croppings” detailing upcoming events and meetings.  With the popularity of the internet as a medium of communication, the newsletter was discontinued in 2011, but some old examples can be found below:

Below are a few miscellaneous documents, including brochures, scoring guides, and banquet schedules:

Prior to the 2005-2006 year (where PPS merged with Oregon Color Slide) PPS had separate categories for projected images and prints: 18 different categories per year.

Monthly image themes are selected once per year, during the summer.  Members are polled by email for their suggestions, and then everyone votes on their favorites from the suggestions.

Projected Image of the Year

The Best Nature Award was created for the 2013 year as a combination of several former categories – the Spring Landscape Competition, the Best Wildlife end-of-year award, the Paul M. Rising Memorial Trophy: Best Autumn Color Landscape, and the Thelma Locke Award: Flower Slide of the Year.  Please see below for the historical winners of these categories.

Monochrome Print of the Year

Color Print of the Year

Given in memory of Ed Brandt, a PPS member known for his helpful contributions over many years.  Roland Smith remembers Ed Brandt’s helpful nature, below:

“Ed, John Hodge and Vye (Vyron) Hodges were a trio who did anything needed.  Put up our big projection screen in the church in the Hollywood district.  Repaired its moorings one time (I helped with that—took all of one afternoon.  The three of them (I joined them in ’92) came in to club meetings a half hour early each time to get the room set up right (tables, chairs, all equipment, and get the coffee made in our urn).  Ed Brandt’s career was as a metalsmith.  He specialized in making things for restaurant kitchens.  A fellow in King City who had worked alongside Ed once told me that Ed was a “genius” in making things with metal.  I do know that he made all kinds of things for members.  I recall that at one time he built out of aluminum for some of us, an adjustable bracket so we could focus a flash in close for macro work.  His garage wasn’t for a car, it was filled with a lot of aluminum stock and several shaping tools and machines.  When our regular projectionist retired from the club, Ed served for a few years in that capacity.  I also know that he and his wife in earlier years were avid square dancers.”

Members are awarded this trophy and plaque for “going above and beyond” their duties as an officer or member of the PPS. 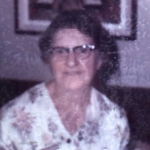 Berrie’s husband, Alonzo (“Lon”) Hancock (1884-1961), a geologist and fossil hunter, was a longtime benefactor of OMSI, and the Hancock Collection at OMSI, and Hancock Field Station in John Day, still bears his name.  In 1951, Lon and Berrie Hancock took 14 boys and a volunteer staff for the first 12-day summer camp under OMSI sponsorship.  Today, Camp Hancock now serves more than 4,000 students per year from around the world.  Berrie was an avid pianist and singer, and accompanied her husband throughout their lives on their many adventures.

A PPS award given before medium format film was largely replaced by digital capture.

Gene Lambert not eligible to win.

Past Presidents of the Portland Photographic Society

Past Presidents of Oregon Color Slide